Words by Jimmy Dance
Does things in bars with video games

What is a Kallax?

You may not know its name but if you’ve visited a gaming bar, friends flat or IKEA you know it’s cube-shaped face, is it really the best board game shelf solution created, not a chance, *but* is it the cheapest, most effective and readily available – 100% yes. 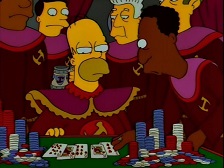 What is a Mulligan?

No matter how finely tuned the card game, the second you begin shuffling and drawing hands, the gods of gaming can decide to strike you down with a set of identical cards or worse, trash. To avoid this fate, most games will allow you the chance to discard this cursed first hand and try again so you have a fairer shot at winning.

Why would you Tap a card in gaming?

Nothing to do with contactless payments, to Tap is the way you interact with a card to show it’s used in some way. This could be as simple as touching the card like in traditional card games or in Magic the Gathering, it’s the act of turning a card sideways.

Tapping helps show all players what’s been used or is available.

What does Spiel des Jahres mean on a board game box?

You’ll see this mentioned on a host of great board games, like the Oscars are to film, this German “Game of the Year” award is the highest praise. If something has won the Spiel Des Jahres, you can be pretty confident it’s a great game. 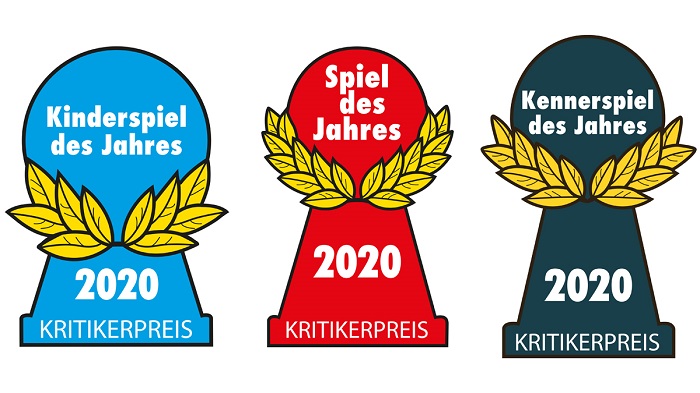 Why do people keep mentioning Board Game Geek?

They aren’t calling you a nerd, Board Game Geek has become the biggest site for board games boasting over 300k visitors a day, you can find reviews, images and message forums covering everything and anything game related. Their ever-changing top lists are a great place to see what’s currently ranked the best title among the most dedicated players.

What does CCG have to do with cards?

CCG is short for Collectible Card Game, these are designed with the function of destroying your wallet, cards will keep being released and you buy additional packs hoping to get the rare ones that complete a set, decimate your rivals or can make you rich.
Pokémon is the granddaddy of them all.

What does LCG have to do with card games?

Living Card Game is actually a phrase owned by Fantasy Flight Games, but like “Google that” it’s become adopted by the board game masses. LCG’s are great in that they remove random cards and instead packs are released in batches. Like any subscription service if you keep picking up the new packs you can tap into a world of gameplay possibilities, once you stop buying new sets, or the game finishes, things become more limited.

DnD is the all-conquering Dungeons and Dragons, a game where you create a character and interact with a fantasy world through dice rolls. This is all controlled by a Dungeon Master who will be crafting the story from books, guides or just from their own imagination.

Role-Playing Games is a broad term for any game that sees you create a character and play out a role, so you’ll be acting and behaving in that way. If people are sitting with sheets of A4 paper, rolling dice and acting, you can be pretty sure it’s an RPG they are playing. Different games tweak the system of rolling dice and role-play, so if Fantasy isn’t your thing you can be a hacker in Cyberpunk or a force wielding Jedi in Star Wars Force And Destiny.

A shortened version for “My People” coined by Alison Hansel during a play session of Carcassonne. Meeple are player pieces that can represent countless things in board games.

What is King Making?

While you might not win every game, you may be in a position to pick the winner. Kingmaking is the moment you make a choice that determines who will win the game, so that may be leaving a card for them to collect next turn, choosing to leave a space free or a more blatant act of war like turning on an ally.

What is Quarterbacking in a game?

Co-op games task you to work together but in some, there’s a higher risk of one person taking over, think back seat driving, quarterbacking is a term for when someone is taking too much of a lead and calling all the shots. “Cool so on your turn you do this” some games are more at risk of this than others but unless the quarterback is saving you from failing the game, you do you.

What is Drafting in games?

While we’d be the experts on all things draught when it comes to beer, in board games drafting will see you taking something and passing the rest on. No matter the game you’ll be weighing up, what you need, what you can grab and potentially how much you can annoy your friends taking their choice first instead.

What is a Tableau?

Tableau is mixing the French for picture and the English for table, Tableau in board games refers to the collection of items you’ve assembled in front of you in the hope of victory, usually these games see you playing together but apart then comparing scores at the end.

What does Engine have to do with tabletop gaming?

Your Engine is referring to the way you’re competing in the game. You will start small and build from there, in the same way its namesake works, some will be ruthlessly efficient and others a little slower and plod along. The trick is to pick components in the game that work well together.

What is Dex/Dexterity in board gaming?

Dex is short for Dexterity and in a roleplaying game relates to how well you will perform a task with your hands. Dexterity games will test these skills, so every time you try to throw rubbish in the bin from distance, that’s a Dex check

What is a Deck in games?

If you’ve got a pile of cards face-down that you are taking from, you’ve got yourself a deck. How that deck works changes depending on the game, so you may add to it as a game goes on or enter & finish with the same set.

What is Analysis Paralysis?

If you’ve ever stared blankly at a take-away menu, wondering what to choose, that’s Analysis Paralysis. In gaming, this would be when you’re faced with a bunch of different possibilities & you’re unsure which to pick. If it helps with the food dilemma, I’d always pick 67!

Why would I burn in a board game?

To burn* in a board game is to sacrifice something (usually a card) in exchange for something else happening. While burning helps with the now, it can sometimes hurt you in the long term as whatever is burnt will likely be lost forever.

*Unless advised by the game instructions never set fire to game components.