No eight-year-old dreams of being a recording studio engineer. When we break out those nostalgic tales of childhood fantasy, they’re stories of singing in front 200,000 people at Glastonbury, or ripping up and down a guitar’s fretboard at Download Festival. The science of recording audio is perceived, by those outside the field, as dry, unexciting and mechanical. It’s a necessity that is respected because it allows other people to achieve glory, but let’s be honest, it’s barely thought about by the average music listener.

It’s my experience that many newbie DMs, seeing the need for a conduit of some kind, view their task as though they’re about to record a band’s album. They’ve got a group together who all want to play, but none of them are confident enough to be the DM, so they begrudgingly volunteer. To many first-timers, the Dungeon Master provides instruments, microphones, and a practice space, then they sit back and watch the players jam together. I’m here to tell you that as a DM, you are anything but a roadie. You are, in fact, the beating heart of the band. You write the songs, sing the lyrics, and choose the timbre. Then the players get to smash out face-melting guitar solos over the top of your work.

To that end, welcome to Dungeon Masterclass, a series of articles aimed at beginner and intermediate DMs in the fantasy world of Dungeons & Dragons. In this series, I’ll be going over what I feel are the key ingredients to brewing up a successful campaign. But most importantly, I’ll be pointing out how and why DMing is the most fun role at the table.

Not too long ago, I was running a campaign for my regular group. The central premise was simple. An alliance of nasty things – hobgoblins, ogres, orcs and the like, were sweeping through a secluded vale, destroying towns and murdering farmers. The players were tasked with slowing their advance long enough to allow the human populace to mount some kind of defence. This led to a series of guerilla-style attacks on outposts and scout parties, along with desperate evacuations of villages and townships.

It was during one such egress that the players heard banging coming from inside an empty tavern. They entered to find a group of four bandits looting the place, seemingly taking advantage of the local misery to make a few cheap gains for themselves. Their leader promptly told the players to get lost. This was their side of the street. The players could rob the other side if they wished. It was then that I uttered a line that forever changed the way this campaign ran.

“Careful Chent” says one of the looters. “I think these might be the guys everyone’s talking about.”

Chent was just a throwaway, generic bad guy. The players were meant to beat the tar out of him, in exchange for a little XP,  before moving on with their mission. The expected scrap did occur, and our heroes swiftly dealt with the gang, but they decided to knock Chent unconscious, rather than kill him, so that he might face justice at the hands of the local sheriff. For a bit of flavour, I ruled that the knockout blow sliced off his hand, causing Chent to pass out from the pain. It sounded cool at the time. The players, being good-natured guys, bandaged his wound and stayed with him until he regained consciousness.

I now had to invent a basic personality for Chent, as the players were about to interact with him. I decided that he would be cocky, but honest. That he would see the abandoned tavern as a genuine waste of perishable resources. Someone would steal it anyway, so why leave it for the advancing goblin army? After all, he hated the war that had been forced upon his countrymen as much as the players did. I tried to imagine myself as Chent. Desperate, scared, in need of a guarantee that he can pay for food and shelter at whatever city he and his friends were about to be unwanted refugees in.

When he came around, I played this character to the best of my ability and that’s when something unexpected happened – the players felt sorry for him. They quickly forgave him, even expressing a sense of guilt for injuring him and killing his friends. Perhaps they had been too hasty in their judgement. Maybe Chent was doing them a favour by removing this food and wine from the inevitable clutches of the approaching horde.

Chent became a full-on member of the party from that point onwards, travelling with the players, offering comic relief in moments of dire gloom. Always hungry for loot, wine and women, his often sardonic commentary on the events of the campaign gave me endless opportunities to steer the players in directions that I wanted them to go. The fact that he only had one hand led to constant banter, where he’d often demand a bigger share of the loot as recompense. Eventually, he got an engineer to graft a crossbow onto his stump and he became a badass, swashbuckling rogue. When he fell during the campaign’s final battle, the players ignored their own wellbeing and, as the temple crumbled around them, stopped to heal him, ultimately rescuing Chent from certain death.

I’m telling you this story because it highlights two things. First of all, it’s a shining example of why being the DM is such a rewarding experience. I created a character, in a handful of seconds, that caused a group of friends to feel a whole range of emotions. I caused these people to question their judgement and to make reparations in accordance with their new perspective. Perhaps even more amazing is that I created a major sidekick who is now an established part of our world’s narrative. As a player, this is something that you’ll never get to experience.

Secondly, this illustrates precisely what I see as the disconnect between the accepted perception of the Dungeon Master and what the true essence of DMing really is. We often think of running the game as an exercise in preparation. The DM spends hours writing notes, learning rules, and planning for every recourse. He does this because he needs to have every eventuality planned out, just in case the players decide to explore them. 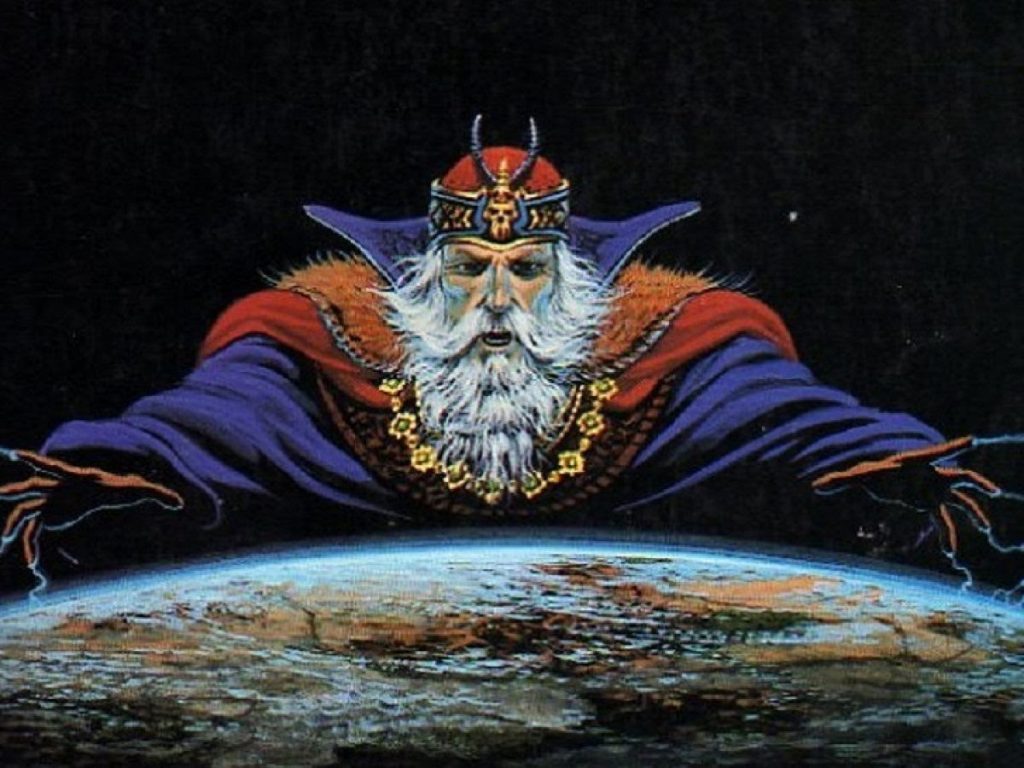 Not only is this unrealistic, but by entering into D&D with the mindset that your players can and should follow your plans, you’re guaranteeing that you won’t get to experience some of your most awesome moments as a DM. To return to our band jamming analogy, while you absolutely get to decide the genre, key, tempo and many other things about the song you’ll be playing together, it’s still a jam session. Your drummer may just slip into a reggae beat that you, as well as everyone else at the table, will have to roll with.

Your job as DM is not to keep the players picking out the same riffs over the course of an entire campaign. It’s to provide opportunities for them to surprise you with literally anything else. Ultimately, this game is an exercise in creativity and improvisation. The best games of Dungeons and Dragons are the ones where everyone walks away feeling as though they contributed to the creation of something wholly different to that which each individual at the table had expected.

Ultimately, this idea boils down to one simple fact, which us DMs must always keep in the backs of our minds. The relationship between player and Dungeon Master is a symbiotic one. While you are responsible for everyone else at the table having fun, never forget that they are also responsible for your fun. You’ve likely noticed that I’ve leaned heavily on the band analogy. That’s because I’ve spent much of my life performing music in front of crowds. If there’s one thing I’ve learned in that time, it’s that as long as the band is having a blast, the audience will also have a good time. I’ve seen ensembles that can barely play their instruments but are able to utterly captivate an audience because they were goofy, charming and obviously loving every minute of it. I’ve also seen Axel Rose booed off stage, despite having some of the world’s finest session musicians behind him because he was very vocally not enjoying the show. It’s fun to see someone having fun. So please, have fun!

Up next time: The Inevitable Scrap – How to build fun and memorable combat encounters