When I was a young and inexperienced Dungeon Master, I once ran the criminally underappreciated Night of the Walking Dead. In that adventure, there’s an insane NPC who is supposed to follow the party around, occasionally spouting jumbled up sentences, which serve as a clue to the unfolding plot. Unfortunately, when my players first met him, they assumed he was attempting to cast some sort of dark ritual and instantly killed him. 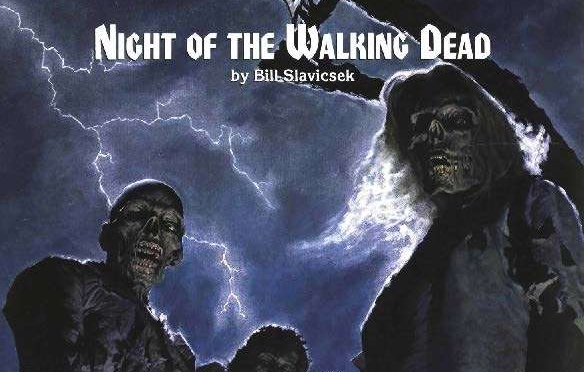 I couldn’t use any of the other NPCs, because they all had their own part to play, and I couldn’t just make a new one up, as I’d already established certain other plot elements that meant this guy had to be the one. So I was forced to repeatedly bring him back as a ghost to ramble at the players in order to keep the story on track. It was clunky, and while the guys who played it with me now remember it with comedic fondness, as an inexperienced DM I was basically shitting my pants the entire time. Ultimately, it was a stressful experience for me.

It’s likely that your first adventures as a DM will be published ones. The fantastic Starter Set, which comes packaged with The Lost Mines of Phandelver, is a great introduction to 5th edition D&D. However, you’re eventually going to see the limitations posed by them, much like I did. You’ll soon realise that the obvious solution to your players killing key NPCs is for you to have total power to decide who is and who is not a key NPC, at a moment’s notice. It’s at this point that you’re going to try and create a homebrew adventure.

So, before we kick this off, I feel it’s important to say that every DM will have their own idea of what makes a successful adventure. My way of thinking is certainly not universal, but it will hopefully give you the tools to forge your own path.

There are a number of elements of an adventure that I won’t be covering in this guide. In fact, it’s fair to say that everything about D&D can, in some way, be tied to adventure design. Dungeons, stat blocks, loot distribution, religious pantheons. The list could go on forever. And while these are all important elements of the big, cheesy pizza that is D&D, they’re also very large subjects that would require an entire article of their own. For this reason, I’ll be focusing on what I feel are the two most important elements of creating a compelling RPG narrative.

There are, in my opinion, two things that are key to creating a successful homebrew setting – locations and NPCs. 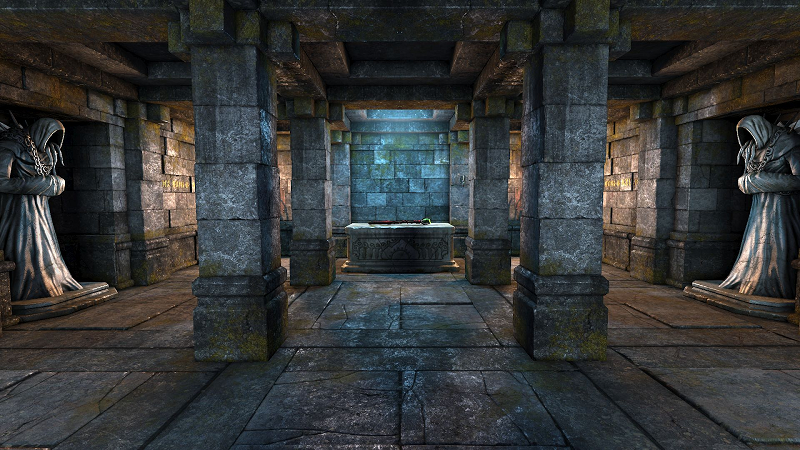 Locations and the flavour text that comes with them are extremely important. At the end of the day, if we aren’t trying to suspend our players’ disbelief and fully immerse them in our world, then we might as well just play Monopoly or something. It can be extremely difficult to come up with compelling descriptions of locations on the fly, and they’re never quite as good as the ones you write up in advance, so every room/area in my homebrew comes with a little bit of descriptive flair.

This doesn’t have to be a wall of text, in fact, a sentence or two is preferable. After all, brevity is the soul of wit and the imagination of your players will fill in the gaps if you allow it to. So stick to short, simple explanations and always remember that you’re describing what they can sense. Touch, smell, sound and sight are what you need to consider. Something like the following is more than adequate.

The interior of the mausoleum is cramped and dark, its slick stones drip with dank water and the smell of rot and mildew permeates the air.

In just 26 words, we’ve given our players an absolute treasure trove of information. They know there’s no light source and that space is limited – both important tactical considerations should a fight break out. There’s water in the mausoleum. Is it coming from outside, or is there some internal source that’s causing it? There’s a scent of rot in here. Is it from the buried bodies inside, or something else?

These are the kinds of questions that your players will be asking themselves and, if they’re decent dungeoneers, they’ll probably ask you as well. Such questions will lead to dice rolls – nature checks for the kind of rot they can smell, history checks to discover who might be buried here etc. Rolls lead to roleplaying opportunities, which ultimately creates a compelling and involved narrative.

You can even take this process and apply it to those aforementioned rolls. Perhaps you’d like to have a pre-written line about the history of the mausoleum and the family buried within, or a particularly gross bit of fluff about ‘rotting meat’, hinting at the undead horrors awaiting our heroes further down the path. This is by no means crucial, but every bit of descriptive text you prepare is another opportunity to draw your players deeper into the world. Ultimately, by giving them info to work with, we craft opportunities for the game to transcend its mechanical nature and become an altogether more intellectually involved experience.

NPCs are the bread and butter of a world that feels real. If flavour text gives us the opportunity to anchor our players to the physicality of our world, then NPCs are an opportunity to make them emotionally connect with it.

I recently ran an adventure in my own grimdark horror setting where the players were tasked with tracking down a shaman. This guy was using some bad juju to create a hallucinogenic drug, which he was then distributing throughout the city. When the players finally caught up with him, he pointed out that what he was doing actually helped ease people’s tensions, and that the line between recreational drugs and antidepressants was a very fine one.

The players ended up agreeing with him, and instead of the spell-slinging, epic final battle that I’d planned for, they wound up recruiting him into their organisation as an ally. This bit of unexpected narrative awesomeness happened because I wrote down four sentences about the shaman before running the adventure. You can call these sentences whatever you like, but the Player’s Handbook likes to roll with ‘personality, ideal, bond and flaw’. 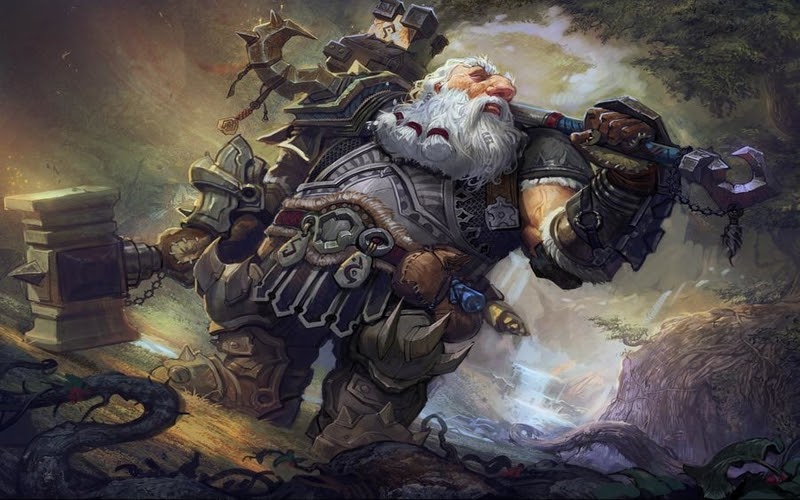 As you can see, by noting down a handful of attitudes, we’ve created a nuanced character who you can roleplay on the fly. Pretty much any question, statement, or request can generally be covered by making a note of these four characteristics.

For example, we know that Dunmir is, at least on the surface, a pretty nice guy. He’s polite, and will likely offer the players a seat and a drink, asking what he can do to be of service. Perhaps the party’s lawful-good paladin will show scorn towards the den of thieves that Dunmir manages, to which Dunmir will likely react poorly, given his somewhat quick temper. Maybe the master thief will engage the party in a bit of politically-charged philosophical debate, expressing his somewhat left-of-centre ideas about the redistribution of wealth, perhaps leading the players to offer their own views and develop their characters further.

You don’t need to think long and hard about every NPC in your homebrew. In this example, Dunmir is an important character in our unfolding narrative. The local blacksmith, however,  doesn’t require an extensively developed backstory with an arsenal of insecurities and secret motivations. He’s just there to sell swords and armour. But there will be certain key individuals that your players could have deep conversations with and those guys are what will ultimately breathe life into your world.

The reason I’ve focused on these two elements of the huge ensemble that makes up a successful homebrew is because they are the ones that will give your players the opportunity to be a part of your world. Drawing out a dungeon map, making a note of your monster’s stats, and deciding what treasure to hand out is all very important, but they’re ultimately mechanical concerns. Having an organic world, full of places and people that feel natural, is what’s going to turn your game of D&D into the kind of epic campaign that you hear about in the war stories of veteran players.